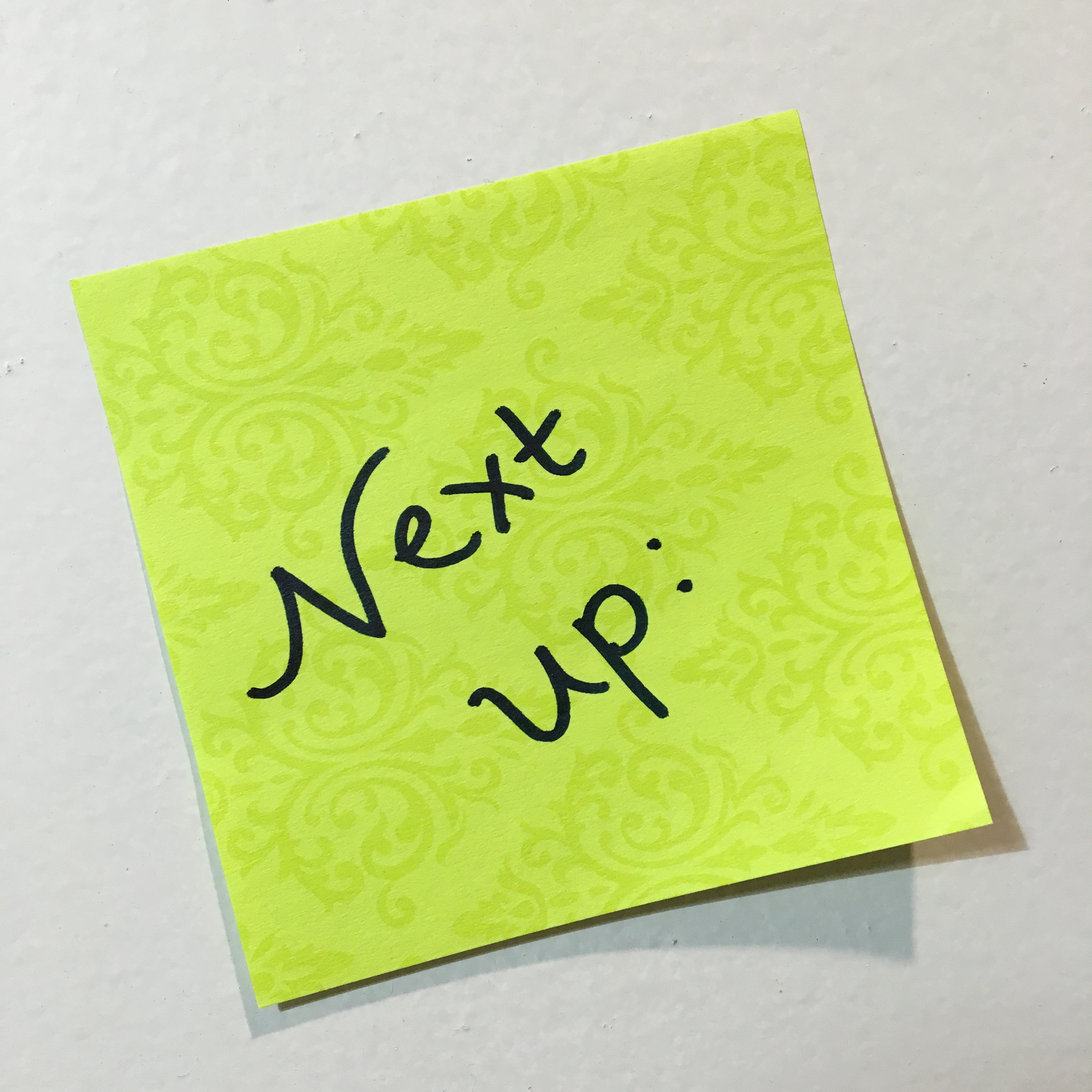 Years ago, I wrote a play in which the main character couldn’t remember anything for more than a few moments. (Yes, I was upset when the movie Memento was released a few years later. Thank you for asking.)

This story was about a university couple, both professors, who kept up academic jobs and social lives all in 5-10 second increments. During the course of the play, they received guests and went through an entire dinner party – which they hosted themselves – while having no memory of what they were doing from moment to moment.

In a Q & A session after a performance, an audience member asked, “Where did the idea for this come from?” Without hesitation I replied, “It’s autobiographical.” The audience laughed, but in a sense, it was true.

Maybe I exaggerated a little. If you came over for dinner and I opened the door and let you in, probably after I went to the kitchen and came back with the food, I would still remember why you were there.

But on the other hand, there are plenty of times when I really don’t know my exact placement in time and space.

When I first wake up in the morning, and especially before coffee, it’s easy to bumble about the house like a giant ball bearing in a pinball machine. “Where am I? How did I get here? What am I supposed to be doing?”

This happens in writing, too. I come back to a story the next day or however long it is, look at what’s on the page, and think, “I have absolutely no idea what I was talking about. I don’t know who this character is or what he’s doing. Nope, no clue where I was going. Just not feelin’ it.”

Perhaps that seems exaggerated too, but it’s definitely true for me that when my mind goes elsewhere to handle all the other tasks that make up a life, it has to be brought back to the world of the writing project. It’s not always easy, and it takes time. Re-reading, re-evaluating, re-deciding. It can feel as lengthy as the writing itself. The more time and events have passed between writing sessions, the longer it can take to get back into it.

A lot has been made lately of multi-tasking and how our scattered lives are spread so thin now that we don’t concentrate on anything for more than a few moments and everything we do is random and dispersed. I’ve often thought, “Oh, if only I had larger blocks of time to dedicate to X, I could get more done.” Or, “If I didn’t have to jump back and forth between responsibilities, this would be much easier.”

But recently I thought back to school, when the entire day was broken up into segments. 20 minutes of Spelling, 20 minutes of Math. In later years, the periods were a little longer — 40 minutes of Social Studies, 40 minutes of English — but we still covered a lot of different subjects over the course of a single day. Yet every class I picked right up where I’d left off without ever getting confused. Yes, I know, pliability of the young brain and all that, but I think there’s something else.

At the end of each class, there would be an announcement. “Your homework between now and next time is THIS.” Sometimes it would even get written in a box in the corner of the board. Sometimes we would discuss it in detail before we broke the class. (Does this still happen? I have no idea what schools are like these days, if there is still such a thing as homework, or even if we have robots or holographic algorithms for teachers now.)

And then, between classes, we would sit down with said assignment, read it over again, apply ourselves to it, and master it. Back in class, the first thing we would do was talk about how the homework went, see how we did, resolve any questions that had come up. Then we moved on to the material of the new day. Like Hansel and Gretel, we constructed a trail to lead us back to each subject.

How smart is that? I should have homework every day!

At the conclusion of each subject’s class, we created an intention for continuation, and specified a game plan. We executed the game plan, reconvened, reinforced the intention through review, then progressed to the next play, and that’s how we picked up and kept going even though we’d focused on a ton of other crap in the intervening hours and days.

So I started doing this recently as a coping mechanism for the increased volume of writing I’ve been doing. Instead of closing out my writing session with the end of a scene and thinking no further, I stop work a few minutes early and start the thinking process for what I will write next. I do all the preliminary idea-generating, and then I literally write myself a note: “NEXT UP: Julia scales the Eiffel Tower,” or, “NEXT UP: Write the story about the alien motorcycle gang,” just like a homework assignment on the board. I might even write the first sentence or two of that section or project. The next day when I sit down to work, I read the note(s) I left myself, go, “Oh, yeah,” and start writing almost right away.

It’s a simple technique that can translate to many areas. In the pinball machine of life, it can angle the ricocheting path towards the target. I’ve started doing it for anything I have to leave and come back to, whether it be for the next morning , the next week, or the next month. When I open a project in progress, it comes with instructions!

Anybody else out there with an imperfect memory? What do you use as the thread to carry you from one moment to the next?

2 Replies to “Hit the Ground Running: Picking Up a Project Where I Left Off”