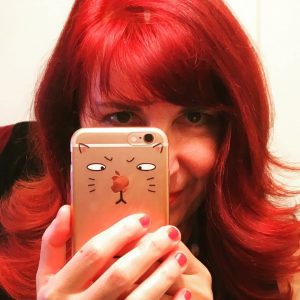 Kiran Kaur Saini writes fiction, plays and films. Her short stories have appeared in Glimmer Train, Pleiades, and other  journals. Her plays have been produced by Dream Weaver Productions and Theatre Group, Inc. in New York City, and at Le Chat Noir in New Orleans. “The Lesson,” directed by her sister Indy K. Saini, won best feature at the Miami International Women’s Film Festival.

Raised in a small town in Pennsylvania by a dad from Punjab and a mom from North Carolina, Kiran graduated from Smith College with concentrations in music (piano and composition) and Russian Language and Literature. She earned her MFA in Fiction Writing from Sarah Lawrence College.

In addition to writing, Kiran works in the Los Angeles and international film industry, has taught Creative Writing and developmental English at the University of Louisiana at Lafayette, and served on the judging panel for the Ohio Arts Council Individual Excellence Awards for playwrights and screenwriters. She has also owned a yoga studio in New Orleans and taught Mysore-style Ashtanga yoga six days a week. Currently, she is also taking care of her aging mom in North Carolina.