“Amrit” forthcoming in The Magazine of Fantasy & Science Fiction 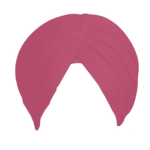 The Unit wore a hot pink turban with leopard spots. His beard was tucked neatly under his chin, and the turban was impressively crisp. He sported a slim-fitting jodhpuri suit like he was on his way to a party. The hem of its purple satin jacket slashed diagonally across his hips. “Mr. Singh?” He extended his hand. “I’m Amrit, your Senior Well-Being Unit.”

In the event that the inspector wanted to see the weapon discharged, the steel mesh would prevent potential carpet burns. Dad set the tripod down in the living room and Robbi ran the microfiber cloth over the parts so no dust would reveal their neglect. He touched the metal with the back of his hand. “It’s cold. He’ll know we had it in the basement.”

“The Escher Effect” forthcoming in The Fabulist

Maurits hated the immense sculpture that had been constructed smack dab in the center of his kitchen window view. Sixteen stories high and shaped like a giant inverted beehive, it was visible from three blocks away, even without his telescope.

“More Than a Lion” in The Forge Literary

Christmas morning, during my sister’s visit, we came out to find a lion in the living room.

“The Night Skiers” in Shenandoah

Joanie Beaver told Seema that she could talk anybody’s mother into anything, so when Seema’s mom pulled up outside the roller rink, Joanie cracked her knuckles and said, “Watch me work.”

Today one of the minders rolls one Veena Kaur Chan into my hairbay for a shampoo and cut. New client, transferring in from Palliative. Brainstem stroke. Unsuccessful rehabilitation. Pancreatic cancer. Ouch. Triple whammy.

“Your Tomorrow Clothes” in Gulf Coast

When it finally comes time to lay them out, I can’t decide between the print with the tree silhouettes, or the flowing red with gold embroidery, shimmering and geometrical like a mosaic.

Three decades had passed since Harminder Singh had heard that laugh. It was thirty years distant and it was another country, on the other side of the world, but there was no mistaking it.

“The Augury of Bats” in Tahoma Literary Review

Sheri tells me there are bats in her closet. “They’re diving and circling around and diving again.” Sheri is four and, as far as I know, has never seen a bat.

I tell Mama I waitress in the Village so she don’t have to cut me out of her heart. But when I come home with bruises on my wrists and she’s rocking in her chair by the window in that quiet rhythm, I want to say to her, Mama, the john wrench my arms down to the floor and slap me upside the head while he’s getting his money’s worth tonight.

“The Shape of a Prayer” in Chelsea

She comes out of the bedroom with her eyes glazed so thick with sleep you know she cannot recognize you. She holds the wall like an ivy creeper. She is low to the ground.